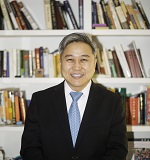 Hanming Fang is Class of 1965 Term Professor of Economics at the University of Pennsylvania. He is an expert in labor and public economics, applied microeconomic theory, and empirical microeconomics. His research integrates rigorous modeling with careful data analysis and has focused on the economic analysis of discrimination; insurance markets, particularly life insurance and health insurance; and health care, including Medicare. In 2008, Professor Fang was awarded the 17th Kenneth Arrow Prize by the International Health Economics Association (iHEA) for his research on the sources of advantageous selection in the Medigap insurance market. He has served as co-editor for the Journal of Public Economics and International Economic Review, and associate editor in numerous journals, including the American Economic Review. Professor Fang is a research associate at the National Bureau of Economic Research, where he served as the acting director of the Chinese economy working group from 2014 to 2016. He is also a research associate of the Population Studies Center and Population Aging Research Center, and a senior fellow at the Leonard Davis Institute of Health Economics at the University of Pennsylvania. Professor Fang is also a special term professor at Fudan University and Peking University, and a member of the China's prestigious "Thousand Talent Program." He also serves as the scientific director of the Australia–China Population Ageing Hub located at the Center of Excellence in Population Ageing Research at the University of New South Wales in Australia. He is a co-founder and executive committee of VoxChina, a web platform that disseminates research on economic and financial issues related to the Chinese economy.

He joined IZA as a Research Fellow in August 2017

IZA Discussion Paper No. 10871
Exit, Voice or Loyalty? An Investigation into Mandated Portability of Front-Loaded Private Health Plans
Juan Pablo Atal, Hanming Fang, Martin Karlsson, Nicolas R. Ziebarth
published in: Journal of Risk and Insurance, 2019, 86(3): 697-727
Typ
We use Google Analytics in compliance with German Data Protection Law. The site gathers data for the sole purpose of improving its services. You're able to decline now or later. By using our services, you agree to our use of cookies. You'll find more information here.
Details
Akzeptieren
EN