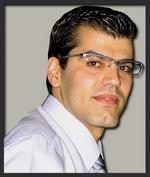 European Centre for the Development of Vocational Training (Cedefop)

Konstantinos Pouliakas is an Expert on Skills and Labour Markets at the European Centre for the Development of Vocational Training (CEDEFOP) and Honorary Lecturer at the University of Aberdeen Business School. He is the lead expert of Cedefop's skill mismatch and future of work projects and leads its country support programmes on improving skills anticipation and matching governance in the EU. He has designed and steered the data collection of 2 waves of the European skills and jobs survey.

A graduate of St. Antony’s College, University of Oxford, he completed his PhD studies as part of the Scottish Graduate Program in Economics in 2007, under a fully-funded EU Fellowship. He has held positions as Invited Professor at University Roma Tre, Research Fellow at the University of Aberdeen and Invited Lecturer at the University of Cyprus. He has also been a Research Intern at the Bank of Greece and HM Treasury.

He joined IZA as a Research Fellow in September 2009.