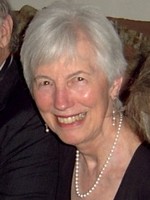 In the 1970’s she changed her research agenda from monetary policy to behavioral economics. She introduced a course in behavioral economics to the curriculum at Temple, with readings from Kenneth Boulding's Economy of Love and Fear, Tibor Scitovsky’s Joyless Economy, Richard Easterlin's Birth and Fortune, and Robert Frank’s Passions within Reason. A part of the course involved "self-study" of pooled data collected from surveys of the students. She has specialized in empirical studies of personality and economic behavior based on Thematic Apperception Tests. She used TATs to map networks of social interaction in the American economy and to estimate personality differences in Americans' family income, differences in their fertility behavior, and differences in self-reports of happiness. She has published in The American Economic Review, The Review of Economics and Statistics, The Journal of Behavioral Economics, and The Journal of Economic Behavior and Organization.

She is a member of the American Economic Association, the Society for the Advancement of Behavioral Economics (SABE), and serves on the board of the International Association for Cooperation in Behavioral Economics and Economic Psychology. Her research has been funded by the Henry A. Murray Research Center at Harvard University and the Smith Richardson Foundation. In 2003, she was a visiting scholar at the Max Planck Institute for Research in Economic Systems at Jena, Germany.
She is listed in Who's Who in America.

She joined IZA as a Research Fellow in November 2013.