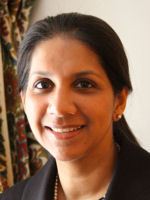 Her research interests are in development economics and applied microeconomics, focusing on the economics of religion, economic demography, rationality, and education. Her research explores demographic and educational differences by religion and ethnicity, game theory and rationality, religious education, religiosity and mental health, and religious competition in emerging economies. She is currently writing a book on the economics of religion in India.