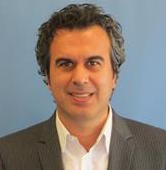 Erdal Tekin is a professor of public policy in the School of Public Affairs at American University. He is also a research associate at the National Bureau of Economic Research (NBER). His primary areas of research are health economics and demographic economics. Within these areas, his current focus is mainly on studying the consequences of prenatal and early life conditions and risk factors on short and long-term outcomes of individuals on a multitude of domains including health, human capital, labor market, and crime. His research has been funded by organizations such as the National Institutes of Health, Robert Wood Johnson Family Foundation, and the Danish Council for Independent Research, among others. He published in journals such as the Review of Economics and Statistics, the Economic Journal, the Journal of Human Resources, Journal of Health Economics, American Economic Journal: Economic Policy, and Journal of Law and Economics. He is the current Editor-in-Chief of Journal of Policy Analysis and Management, an associate editor of the IZA Journal of Labor Policy, and a former editor of Journal of Population Economics. He joined IZA as a Research Affiliate in March 2001 and became a Research Fellow in February 2004.