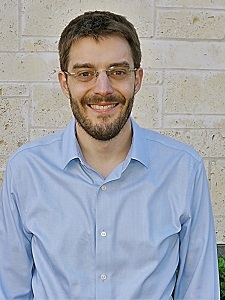 Dean Spears is an economic demographer and development economist. His research areas include the health, growth, and survival of children, especially in India; the environment, air pollution, and climate change; and population dimensions of social well-being.
Dean is Assistant Professor of Economics at the University of Texas at Austin, is a visiting economist at the Economics and Planning Unit of the Indian Statistical Institute in Delhi, is a founding Executive Director of r.i.c.e., and is an affiliate of IZA, of IFFS in Stockholm, and of the Climate Futures Initiative at Princeton University.
At UT-Austin, he is an affiliate of the Population Research Center, the South Asia Institute, and Innovations for Peace and Development. With Diane Coffey, he is the author of the award-winning book Where India Goes: Abandoned Toilets, Stunted Development, and the Costs of Caste.