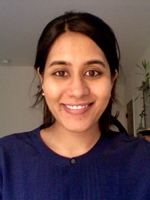 Her research focuses on topics in development economics, the economics of gender, demography, and political economy. In recent work, she has examined political aspirations in low-income countries, the role of financial incentives in simultaneously decreasing fertility and the sex ratio at birth in societies with a strong preference for sons, and the effects of trade liberalization on fertility and child survival in India. Her ongoing research explores the positive unintended consequences of access to sex-selection technology, the marriage market effects of sex ratio imbalances, and the effect of female sterilization on spousal violence in India.

She joined IZA as a Research Affiliate in April 2013.