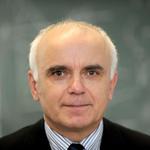 Wolfram F. Richter is Professor of Economics at the University of Dortmund (since 1981). He got his university degrees at the University of Karlsruhe (Diploma in Math., 1972; Ph.D. in Economics, 1975; Habilitation, 1979). Previously he held research and teaching positions at the Universities of Karlsruhe, Ulm, and Bielefeld. His main fields of interest are Public Economics including Taxation and Social Security, Regional Economics and Environmental Economics. He organized various conferences. Thus he served as Chairman of the Scientific Program at the Annual Meeting of the International Institute of Public Finance, Moscow 1999. He is Fellow of the European Economic Association and member of the Advisory Board to the Federal Ministery of Finance in Germany. He served as co-editor of FinanzArchiv and as associate editor of Regional Science and Urban Economics.