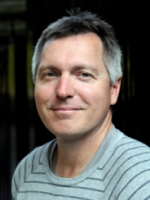 John List is Professor of Economics at the University of Chicago. He was previously at AREC and the Department of Economics, University of Maryland. List's published research includes theoretical and empirical inquiries into both positive and normative issues in economics, with a special focus on environmental and resource problems. He has recently conducted several controlled field experimental studies, which have provided insights into the valuation of nonmarket goods and services, public good provisioning, behavioral anomalies, charitable giving, auction theory, and the role of the market in the development of rationality.

His research has been cited in The Economist, The Economic Report of the President, Nature, and Business Week.