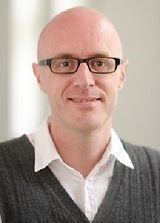 Martin Karlsson is Professor of Economics at the University of Duisburg-Essen since 2012 and Director of CINCH, its centre for research on health economics. Before taking up his current position in Essen, Martin has held positions at the Technische Universität Darmstadt (2009-12), at the University of Oxford (2006-09) and at Cass Business School in London (2005-06). Martin received his doctoral degree from the European University Institute in 2007.

Martin’s primary research area aims at understanding causes behind the vast improvements in the human condition that have occurred over the past century, with a particular focus on health and socioeconomic outcomes – and the interdependencies between them. Exploiting a number of historical policy interventions in the domains of health and education, his research seeks to uncover the causal impact of human capital investments early in life. Important elements in this line of research are the digitisation of historical data sources, and the linkage of such data to modern administrative datasets. Additional fields of research include economic aspects of health insurance; ageing and long-term care; and sickness absence. Martin has published in leading journals such as the Review of Economics and Statistics, Journal of the European Economic Association, Journal of Health Economics, The Economic Journal, the Journal of Public Economics, and the Journal of Applied Econometrics.


Martin joined IZA as a Research Fellow in May 2016.