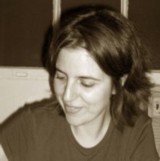 Paola Giuliano is a Professor of Economics in the Global Economics and Management Group at the UCLA Anderson School of Management. She serves as a Co-editor of the Journal of European Economic Association. She is also Research Associate at the National Bureau of Economic Research (Cambridge) and Research Affiliate at the Centre for Economic Policy Research (London).

Her main areas of research are culture and economics and political economy. She holds a B.A. from Bocconi University (Milan) and a Ph.D. in Economics from the University of California at Berkeley. She received the Young Economic Award from the European Economic Association in 2004. Her research has been covered by The New York Times, The Wall Street Journal, The Washington Post, Forbes, Foreign Affairs, Businessweek, Time, The Economist, The Guardian, The Financial Times, The Boston Globe, CNBC, KPCC and PBS.

She joined IZA as a Research Fellow in February 2006.