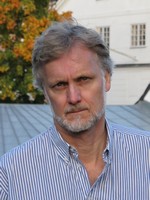 IZA Discussion Paper No. 2024
Testing Theories of Job Creation: Does Supply Create Its Own Demand?
Mikael Carlsson, Stefan Eriksson, Nils Gottfries
revised version published as 'Product market imperfections and employment dynamics' in: Oxford Economic Papers, 2013, 65 (2), 447-470
IZA World of Labor Article
The labor market in Sweden since the 1990s
Nils Gottfries
Type
We use cookies to provide you with an optimal website experience. This includes cookies that are necessary for the operation of the site as well as cookies that are only used for anonymous statistical purposes, for comfort settings or to display personalized content. You can decide for yourself which categories you want to allow. Please note that based on your settings, you may not be able to use all of the site's functions.