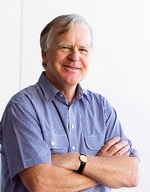 Woodland is a Fellow of the Econometric Society, a Fellow of the Academy of the Social Sciences of Australia and a recipient of the Distinguished Economist Award of the Economics Society of Australia. He is an Associate Editor of the Review of International Economics, a past editor of the Economic Record, and is currently on the editorial boards of Empirical Economics, International Journal of Economic Theory and the Economic Record. He is a director of the Globalization and Trade program, Centre for Applied Macroeconomic Analysis (CAMA), Australian National University. He is a Chief Investigator in the recently established ARC Centre of Excellence in Population Ageing Research (CEPAR).