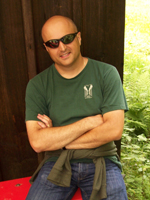 Francisco H. G. Ferreira is the Amartya Sen Professor of Inequality Studies and Director of the International Inequalities Institute at the London School of Economics. He is also affiliated with the Department of Social Policy and the Latin America and Caribbean Centre at LSE.

Francisco is an Affiliated Scholar with the Stone Center on Socio-Economic Inequality at the City University of New York, and currently serves as Vice-President of the Latin American and Caribbean Economic Association. He also serves on the editorial boards for the Review of Income and Wealth and the Journal of Economic Inequality, where he was formerly Editor in Chief. Prior to returning to the LSE, he had a long career at the World Bank, mostly in the Research Department. Chico has also previously taught at the Catholic University of Rio de Janeiro and at the Paris School of Economics. He was born and raised in São Paulo, Brazil, and holds a Ph.D. in Economics from the London School of Economics. He joined IZA as a Research Fellow in January 2011.