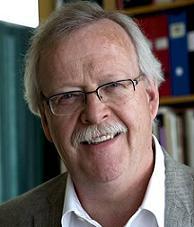 Bengtsson received his doctoral degree from Lund University in 1980. His doctoral dissertation was concerned with the development of the textile industry during the Second World War with special emphasis on technological change and labor market issues. He then started to work on the area of population economics - more specifically on the short-term demographic response to changes in real wages using historical records at macro level for Sweden.

Later in the 80s he combined a life event history approach with a time-series approach analysing effects of community wide real wages on individuals using family reconstitution data for Sweden back to 1650. This approach is also used in the EurAsia Project on Population and Family History, which started in 1994 and which includes China, Japan, Italy, Belgium and Sweden. The main focus of the project is to analyse the demographic response to short-term economic stress. Recently Bengtsson has started a project on effects of conditions in early lifehood on health in later life using a similar approach and similar data. In addition to the analysis of historical Sweden Bengtsson is involved in studies of immigration to Sweden during the last 30 years. A large scale database with longitudinal information on individuals has been created at Department of Economic History at Lund University using various types of register data including information home land data like education and work experience. The analyses includes all stages of the life cycle with main focus on income assimilation, job mobility, health, and early retirement. The work on migration is being undertaken as part of a TSER project (Labour Demand, Education and the Dynamics of Social Exclusion) in which IZA is also involved.

Tommy Bengtsson joined IZA as a Research Fellow in November 1999.