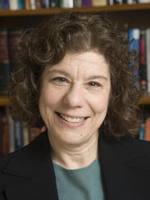 Francine D. Blau is Frances Perkins Professor of Industrial and Labor Relations and Professor of Economics at Cornell University, a Research Associate of the NBER (National Bureau of Economic Research), and a Research Fellow of IZA.
She received her Ph.D. in Economics from Harvard University and her BS from the School of Industrial and Labor Relations at Cornell University. Before returning to Cornell in 1994, she was on the faculty at the University of Illinois, Urbana-Champaign.
Professor Blau has served as President of the Society of Labor Economists (SOLE) and the Labor and Employment Relations Association (LERA), Vice President of the American Economic Association (AEA), President of the Midwest Economics Association (MEA), and Chair of the AEA Committee on the Status of Women in the Economics Profession (CSWEP). She is a fellow of the Society of Labor Economists, the American Academy of Political and Social Science, and the Labor and Employment Relations Association. In 2010, she received the IZA Prize in Labor Economics (the first woman to receive this prestigious award), and was awarded the 2017 Jacob Mincer Award by the Society of Labor Economists in recognition of a lifetime of contributions to the field of labor economics. She is also the 2001 recipient of the Carolyn Shaw Bell Award from CSWEP for furthering the status of women in the economics profession. In 2017, she was awarded the Groat Alumni Award for outstanding professional accomplishments from Cornell’s ILR School. She is an Associate Editor of Labour Economics and was formerly an editor of the Journal of Labor Economics and an Associate Editor of the Journal of Economic Perspectives. She serves or has served on numerous Editorial Boards, including the American Economic Review, the Journal of Labor Economics, the Journal of Economic Perspectives, the ILR Review, the Journal of Labor Research, and The Annals of the American Academy of Political and Social Science, among others.
Professor Blau has written extensively on gender issues, wage inequality, immigration, and international comparisons of labor market outcomes. She is the author of Equal Pay in the Office and Gender, Inequality, and Wages, and, with Lawrence Kahn, of At Home and Abroad: U.S. Labor Market Performance in International Perspective (recipient of the Richard A. Lester Prize for the outstanding book in labor economics and industrial relations for 2002). She is co-editor of The Economic and Fiscal Consequences of Immigration; The Declining Significance of Gender?; and Gender and Family Issues in the Workplace. She is also coauthor, with Anne Winkler, of The Economics of Women, Men, and Work currently in its 8th edition (Oxford University Press) https://global.oup.com/academic/product/the-economics-of-women-men-and-work-9780190620851?cc=us⟨=en&.