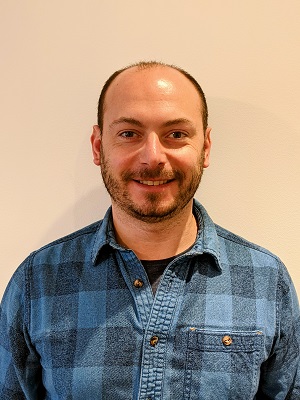 Giuseppe Moscelli has received both his undergraduate degree in Economics and Management of Institutions and Financial Markets (2004) and his Master of Science in Finance (2007) from Luigi Bocconi University (Milan, Italy).

He has worked in the investment banking industry as a front-office risk management analyst in the Capital Markets division of Lehman Brothers (London) in 2007-08, and then in 2009 he moved on to enroll into a PhD program in Econometrics and Empirical Economics at University of Rome Tor Vergata (second years classes and exams at EIEF in Rome). From October 2012 to December 2017 he has worked as a research fellow in the Health Policy team of the Centre for Health Economics of the University of York. He was awarded his PhD from University of Rome Tor Vergata (2015). In December 2017 he joined the University of Surrey as a Lecturer in Economics (promoted to Senior Lecturer in 2019).

Giuseppe Moscelli is an empirical economist, and his main areas of interest are health economics, labour economics, applied microeconometrics and causal inference. His research is focused on robust data analysis and estimation to provide policy makers the tools to decide which interventions can be beneficial to patients, workers and/or the general public. So far, his research works have been published in: RAND Journal of Economics, Journal of Health Economics, Journal of Economic Behaviour and Organization, Health Economics, Regional Science & Urban Economics, and Social Science and Medicine. Some of the methodologies that he used in his research include: instrumental variables, difference-in-difference designs, matching, principal stratification, choice models estimation based on revealed preferences, principal stratification, Monte Carlo simulations.
In health economics, he has investigated and he is interested in: the determinants of choice of provider of care, and in particular the effect of hospital quality on the choice of provider; the effect of patient choice and competition on healthcare outcomes; the effect of socio-economic status on access to healthcare, in particular waiting times; the effect of waiting times on patient's outcomes (e.g. mortality, readmissions).

His research in this area has focused primarily on the English National Health Service case, but its results can be extended to a large part of mixed or Beveridge healthcare systems. In labour economics, he is interested in the determinants of labour supply and the effects of labour supply on the production of public goods and public services, e.g. healthcare services. Since July 2019 he is the Principal Investigator of a 4 year project funded by The Health Foundation to investigate the determinants and effects of hospital workforce retention in the English NHS.
In causal inference, he is particularly interested in the literature tackling endogeneity bias due to selection or self-selection mechanisms, including bias due to post-treatment selection.

Giuseppe Moscelli joined IZA as a Research Fellow in April 2021.