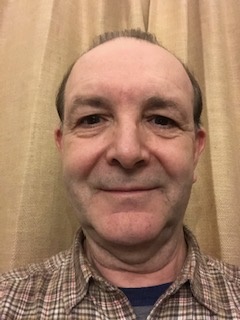 Ian Walker is Manager of the World Bank’s Jobs Group (since 2018). From 2015-18 he was a Lead Economist in the same unit. His recent work is focused on the analysis of the economic returns to better jobs and on the design of programs for improving jobs outcomes for low income households by improving market linkages in Mozambique, Nepal and Central America.
From 2011-15 he was Representative of the Interamerican Development Bank in Honduras, where he led the development of a new country strategy and managed a $1 billion portfolio of 20 loans and 44 staff.
From 2005-2011, he was a Lead Economist in the Social Protection Department of the World Bank’s Latin America and Caribbean Region. He worked on improving the accountability of service providers in education, nutrition and health; and co-authored regional studies on the future of social protection and on the changing pattern of demand for skills in LAC.
From 2002-2005 he was Chief Economic Advisor to the Maduro government in Honduras, where he worked inter alia on the HIPC debt relief process and the design of the Millennium Challenge Corporation program to support infrastructure development and small-scale commercial agriculture.
From 1988-2002, he was a development economist based in Honduras. He taught on the Central America Economics Postgraduate program at the Honduran National University; was the Director of ESA Consultores International; and correspondent for the Economist Intelligence Unit.
In the 1980s, he was Head of Research at the London Housing Unit; and a researcher at the Brent Local Economy Unit in West London. Between 1978 and 1983 he held positions as lecturer in economics at St Peter’s College (Oxford); lecturer in politics at Balliol College (Oxford); and lecturer in economics at Kingston University (London).
He has published widely on social protection and labor, education and skill development, health, nutrition, violence prevention, governance / accountability mechanisms, infrastructure services and private sector development. He is a British citizen and holds bachelor’s and master’s degrees in modern history and economics from Oxford University, UK.

Ian Walker became an IZA Fellow and Program Director of the IZA Progrm Area 'Labor and Development' in January 2020.

IZA Discussion Paper No. 13373
Allocating Subsidies for Private Investments to Maximize Jobs Impacts
David A. Robalino, Jose M. Romero, Ian Walker
Type
We use Google Analytics in compliance with German Data Protection Law. The site gathers data for the sole purpose of improving its services. You're able to decline now or later. By using our services, you agree to our use of cookies. You'll find more information here.
Details
Accept
DE