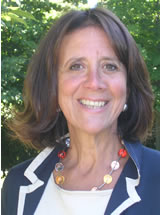 Alessandra Venturini is Professor of Political Economy at the University of Torino, Italy and holder of the Jean Monnet Chair in European Migration Studies http://www.europeanmigrationstudiescjm.unito.it/and Associate at the Migration Policy Center at the EUI Florence. 2004-2011 Deputy Director CARIM Project EUI and 2012-2017 Deputy Director MPC-EUI. She is expert of the European Commission, co-chair of th task force of the G20.
She studied Economics at the University of Florence and got her Ph.D. in Economics from the European University Institute in Florence in 1982. Afterwards she spent the 1982 as Visiting Professor at Brown University teaching Labour Economics and Microeconomics. She started her academic carrier at the University of Florence (1985-1992), at the University of Bergamo (1992-1998) and the University of Padova (1999-2002) and is now based at the University of Torino. Her research interests are in Labour Economics, and since 1986 she focused on Migration issues. She was Visiting Reasearcher at the Institute of Development Studies of Sussex University, in Brighton, in 1987 and in the same year Visiting Researcher at the International Institute of Labour Studies at the ILO in Geneva. Subsequently she has been regular visitor of the Migration Section of the ILO. She collaborated with the OCDE migration section, with the European Commission Migration programme, with the CEPR Migration Reasearch programme and with the World Bank Migration programme as well. Her present interests are on the effect of immigration in the labour market and on the consumption of cultural goods as driver of foreign integration. For the CARIM she has coordanized two conferences one on Circular migration and the second on Irregula migration in the Mediterranean. Her publications:"Foreign Human Capital and Total Factor Productivity: A sector approach",with Fassio C., Kalantary (2019 ROIW), "Skilled Migration and Innovation in European industries" with C.Fassio and F.Montobbio (2018 Research Policy), “Wage assimilation of immigrants and internal migrants: the role of linguistic distance” (2017, Regional Studies)with Strom S., Piazzalunga D., Villosio C., “Are migrants an asset in recession? Insights from Italy” with Claudia Villosio (2017, JEMS), “Migrant assimilation in the labour market: what is missing in the economic literature”, (2017 in Weiner A., Unterrainer A., Fargues P. eds), Migrant Integration Between Homeland and Host Society, “From Refugees to Workers, Mapping Labour-Market Integration Support Measure for Asylum Seekers and Refugees in The EU Members States. Italy case study “, 2016 Bertelmans Stiftung and MPC-EUI, “Migration in Italy is backing the old age Welfare”, with Del Boca D. in Zimmermann K., Kaneck M., Labor Migration, EU Enlargement, and the Great Recession, Springer Verlag 2016 , “Female Migration and Native Marital Stability: Insights from Italy” with Daniele Vignoli, Elena Pirani (2015 Journal of Family and Economic Issues), “Do Foreigners Replace Natives Immigrants”, co-authored with H. Bruecher, S. Fachin, (2011, Economic Modelling, vol. 28(3)), “Development and Migration: Lessons from Southern Europe”, co-authored with R Faini, in Gil S. Epstein, and Ira N. Gang, N. (2010, Frontiers of Economics and Globalization, volume 8, Migration and Culture, Emerald Group Publishing Limited), “Assimilation of migrants in recent immigration countries: The Italian Experience”, co-authored with C. Villosio (OXREP, 2008, vol. 24, n. 3), “Circular Migration as an employment strategy for Mediterranean countries”, (2008, CARIM/RSCAS ASN n.39), “PostWar Migration in Southern Europe, 1950-2000. An Economic Analysis” , (2004, Cambridge University Press), “Social assimilation of immigrants”, with D. de Palo, R. Faini, (2007, World Bank Discussion Paper no. 701), “Labour Market Effects of Immigration into Italy: An Empirical Analysis”, co-authored with C. Villosio (2006, International Migration Review), “Do Immigrants Working Illegally Reduce the Natives’ Legal Employment? Evidence from Italy”, (1999, no. 2, Journal of Population Economics), “Do Immigrants Compete with Natives?” co-authored with A. Gavosto and C. Villosio (1999, no. 3, vol. 13, Labour).on Italy are Italian Migrantion with D. Del Boca in European Migration edited by K.Zimmermann (2005, Oxford University Press)Do Immigrants Working Illegally Reduce the Natives' Legal Employment? Evidence from Italy, (1999, no.2, Journal of Population Economics), Managing Migration in the European Welfare State, with H. Brücker, G.Epstein, B. McCormick, G.Saint-Paul and K. F. Zimmermann, in Immigration Policy and the Welfare System, edited by Boeri T., Hanson G., McCormick B. (2002 Oxford Economic Press), and Post-War Migrantion in South European Countries, (2004 CUP). On the Meditteranean Migration Irregular Migration: Incentives and Institutional and Social Enforcement, CARIM ASN.2009/3 and Circular Migration as an employment strategy for Mediterranean countries, CARIM/RSCAS ASN n.39.

Alessandra Venturini joined IZA as a Reseach Fellow in October 1999.