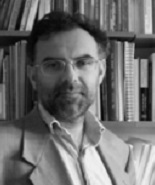 Paul Anand, is a Professor in the Faculty of Arts and Social Sciences at the Open University (UK) and a research associate of the Centre for Philosophy of Natural and Social Sciences in the London School of Economics. Initially we worked on the foundations of rational choice under risk publishing and in recent years has contributed to the economics of wellbeing with research focused on capabilities, happiness and the ‘beyond GDP’ agenda. In 2016 he published his latest OUP book, ‘Happiness Explained’ which significantly draws on social psychology and philosophy as well as the economics of happiness and has received research funding from the Arts and Humanities Board, the Leverhulme Trust and the UK’s Economic and Social Research Council.

Previously a head of department and journal editor, Dr. Anand currently sits on the boards of the Journal of Economic Psychology, Theory and Decision and the Journal of Human Development and Capabilities. He has published in the Economic Journal, Journal of Health Economics, Economica, Theory and Decision, Journal of Economic Psychology, Social Choice and Welfare, Science, Social Indicators Research and Fiscal Studies. He is also interested in the use of research in policy and practice, and in recent years, he has collaborated with the statistics directorate of the Organisation for Economic Co-operation and Development on the launch of its Better Life compendium and a paper for the United Nations Development Programme in New York on the value of subjective wellbeing for human development.

He lives and commutes between Oxford, where he completed his graduate work, and London, and helps to run an International Health Conference as well as the Oxford Foundation for Knowledge Exchange, which is an educational charity registered in England.

Paul joined IZA as a Research Fellow in September 2016.