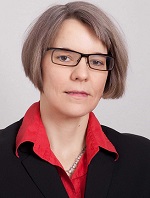 Christina Gathmann has won the Young Economist Award of the European Economic Association in 2003 and a number of other awards. She was elected as a member of the Academic Advisory Council of the Federal Ministry of the Economy and Energy in Berlin since 2013 and served as its Deputy Chair from 2015 to 2019. She is a member of the Scientific Advisory Council of the Institute of Employment Research (IAB) and elected as its Chair in 2021. She is also a member of the advisory councils of the Bremen Research Initiative on Early Childhood (BRISE), the MERCUR University Alliance of the Mercator Foundation, the ZEW Research Group on Migration, Integration and Attitudes and the Cultural Foundation of BASF (TOR4).

Her research interests are in labor economics, migration, public economics and political economy, policy evaluation and applied econometrics. Within these areas, she is particularly interested in the production and depreciation of human capital and its impact on turnover, wages, inequality and unemployment; and the economic and social consequences of political institutions and labor market policies.