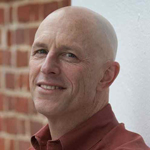 Christopher J. Ruhm earned a Ph.D. in Economics from the University of California at Berkeley in 1984. Professor Ruhm is currently Associate Dean of Academic Affairs and Professor of Public Policy and Economics at the University of Virginia. Dr. Ruhm is also a Research Associate at the National Bureau of Economic Research. During the 1996-97 academic year he served as Senior Economist on the President's Council of Economic Advisers, where his main responsibilities were in the areas of health policy and aging. From 1991-2010 he served on the faculty at the University of North Carolina. He has also previously taught at Boston University and held a Postdoctoral Fellowship at Brandeis University.

He joined IZA as a Research Fellow in June 2002.