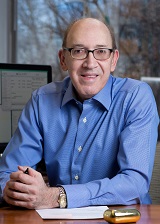 George Borjas is the author of numerous books on migration, and has published more than 150 articles in journals such as the American Economic Review, the Journal of Political Economy, and the Quarterly Journal of Economics. His work has been featured in all major US media outlets, and he has testified before several congressional committees.

George Borjas is currently the Robert W. Scrivner Professor of Economics and Social Policy at the John F. Kennedy School of Government, Harvard University. He is also a Research Associate at the National Bureau of Economic Research. Professor Borjas received his Ph.D. in economics from Columbia University in 1975. Prior to moving to Harvard in 1995, he was a Professor of Economics at the University of California at San Diego. He joined IZA as a Research Fellow in 2000, and became Program Director of IZA’s Program Area “Mobility and Migration” in 2016.