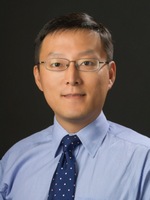 Professor Chen is a research fellow at the IZA Institute of Labor Economics, Editor at the Journal of Population Economics, President of the China Health Policy and Management Society (CHPAMS) (2018-2020), fellow at the Global Labor Organization (GLO) and its Cluster Lead in Environment and Human Capital. He is an adjunct professor at Peking University and at SJTU-Yale Joint Health Policy Center of Shanghai Jiaotong University. He consults for the United Nations and the World Bank. He is an alumni affiliate of Cornell Institute on Health Economics, Health Behaviors & Disparities, Cornell Population Center, and Cornell Institute for the Social Sciences. He has served as a grant reviewer for the National Sciences Foundation (NSF), the National Institutes of Health (NIH), United Nations Research Institute for Social Development (UNRISD), the Research Council of Norway, Guest Editors of Journal of Asian Economics and of China CDC Weekly, and a reviewer for more than 30 peer-reviewed journals.

Professor Chen's work has been recognized through numerous awards, including the Best China Paper from the Agricultural and Applied Economics Association (AAEA) (2011), the George Warren Award (2012), the Outstanding Ph.D. Dissertation Award from the AAEA (2013), the MacMillan Faculty Research Award (2013, 2017), USDA-ERS (2008), James Tobin Summer Research Award (2014-2022), the Kempf Award (2017-2018), awards from the National Institute of Health (NIH), the U.S. PEPPER Center Scholar Award (2016), Emerging Scholar and Professional Organization Interdisciplinary Paper Award of the Gerontology Association of America (2019), the Best Abstract Award at the Academy Health Research Meetings (2020). He is a Butler-Williams Scholar at the National Institute on Aging (NIA) (2019). His timely and rigorous economic evaluations on the COVID-19 pandemic won the Kuznets Prize (2021).

In the past ten years, Professor Chen has supervised more than 30 postdoctoral fellows, PhD students and Yale College students who have won a number of outstanding paper awards. Chen has taught quantitative methods in health economics and health services research, as well as U.S.-China Health Systems at Yale.