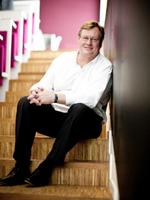 His work in experimental economics has included the study of bidding behavior in auctions, market contestability and regulation, bargaining behavior, and the elicitation of risk and time preferences. Most recently it has examined the complementarity of laboratory and field experiments. His work in law and economics has centered on the calculation of compensatory damages in tobacco litigation, including testifying for plaintiffs in the Medicaid litigation that resulted in a settlement worth over $200 billion. Most recently he has worked on the relationship between compensatory and punitive damages, and class actions involving the excessive promotion of certain drugs, the risk of environmental contamination, and the regulation of occupational risk. His work in international trade policy has employed computable general equilibrium models to quantify the effects of unilateral, regional and multilateral trade reforms. A particular focus of this policy analysis has been to assess the effects of trade reform on poor households in developing countries. His work in environmental economics has included modeling the effects of alternative policies to mitigate global warming, critiques of casual applications of the contingent valuation method, and improved methods of damage assessment. Most recently he has focused on the formal characterization of environmental reform as a “policy lottery” that properly reflects uncertainty in predicted effects on households.