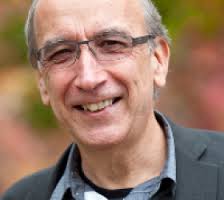 Richard Blundell is the Ricardo Professor of Political Economy at University College London, and Director of the ESRC Centre for the Microeconomic Analysis of Public Policy at IFS. He was Research Director of the IFS from 1986-2016.

Recipient (with David Card) of the 2015 BBVA Frontiers of Knowledge Award in Economics, Finance, and Management. Recipient of the 2016 Nemmers Prize in Economics.

In 1995 he was awarded the Yrjö Jahnsson Prize for his work in microeconometrics, labour supply and consumer behaviour, and the Econometric Society Frisch Medal in 2000, for his paper Estimating Labour Supply Responses using Tax Reforms, published in Econometrica, July 1998. In 2012 he was awarded the IZA Prize in Labor Economics.

Richard Blundell joined IZA as a Research Fellow in October 1999.