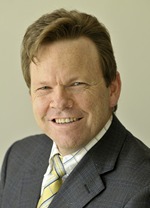 Mark Wooden commenced an appointment as a Professorial Fellow with the Melbourne Institute of Applied Economic and Social Research in March 2000. He was previously Professor and Acting Director at the National Institute of Labour Studies, Flinders University of South Australia, where he had been employed for 19 years. In that time he developed a reputation as one of Australia's leading commentators on contemporary developments in the labour market.

In 2000 he, under contract with the Australian Government, established the HILDA Survey Project, Australia's first large-scale household panel survey, and still manages this project today. He thus has a strong interest in the analysis of longitudinal data to investigate contemporary social and economic issues.

Professor Wooden's other current research interests are primarily in the areas of the changing nature of work, and especially working time arrangements, and employee relations and economic performance. However, he has also undertaken research in other related fields, including immigration, education and training, human resource management, public health and subjective well-being.

He joined IZA as a Research Fellow in October 2001.