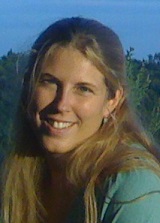 Katja's research focuses on empirical topics in labor and development economics and the economics of education. One of Katja’s main current projects is on estimating the longrun (and intergenerational) effects of elite higher education, in particular in terms of marriage and fertility decisions and in terms of spouse and child quality. Another of her research projects is on the implementation and enforcement of government policies, such as of the world’s largest conditional cash transfer programs "Bolsa Familia" in Brazil. In this context she has analyzed how people learn about the enforcement of program conditions from their peers and investigated the role of political economy considerations on the part of the government. In the past she has used data on individuals' subjective beliefs to improve our understanding of choices under uncertainty, such as educational decisions (e.g. in terms of intrahousehold decision-making and the role of information and credit constraints), consumption choices and (agricultural) activity choices.

In 2010 she was awarded the CESifo Distinguished Affiliate Award for the Economics of Education and in 2014, she acquired a large grant from the Elite foundation of Badem-Wuerttemberg. She is member of CESifo, the European Development Network (EUDN), the Human Capital and Economic Opportunity Global Working Group (U. Chicago). Her work has been published in several leading journals, including the American Economic Review, the Journal of Development Economics and Quantitative Economics.

She joined IZA as a Research Fellow in March 2016.