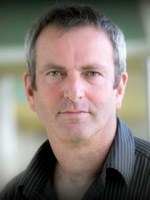 He has published papers on various aspects of the role of the family in macro-economics, including bargaining, fertility, marriage and divorce. In addition, he has published articles on the economics of racial profiling. His articles have appeared in the American Economic Review, Journal of Political Economy, Quarterly Journal of Economics, International Economic Review, Economic Journal, and the Review of Economic Dynamics.

He was an IZA Research Fellow from January 2007 until October 2016.

IZA Discussion Paper No. 2909
Why Are Married Men Working So Much? Home Production, Household Bargaining and Per-Capita Hours
John Knowles
published in: Review of Economic Studies, 2013, 80 (3), 1055-1085
IZA Discussion Paper No. 2901
Why Is Child Labor Illegal?
Sylvain Dessy, John Knowles
revised version published in: European Economic Review, 2008, 52 (7), 1275 - 1311
Type
We use Google Analytics in compliance with German Data Protection Law. The site gathers data for the sole purpose of improving its services. You're able to decline now or later. By using our services, you agree to our use of cookies. You'll find more information here.
Details
Accept
DE