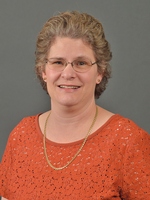 Jean Kimmel is Professor of Economics at Western Michigan University in Kalamazoo, Michigan. Prior to joining the faculty at WMU in August 2001, she was Senior Economist at the W.E. Upjohn Institute for Employment Research, where she was a researcher for 12 years. Kimmel earned her B.A. in Economics from the George Washington University in 1982, her M.A. in Economics at the University of Delaware in 1984, and her Ph.D. in Economics from the University of North Carolina at Chapel Hill in 1990. She is a labor economist whose research interests include mothers’ time use, child care, welfare-to-work, employment-related health and disability issues, and multiple-job holding. With her co-researcher Rachel Connelly, Kimmel recently received funding support from the W.E. Upjohn Institute for Employment Research to write a book titled The Role of Caregiving in Mothers’ Time Use: Recent Evidence from the American Time Use Survey. Kimmel also has received research funding support from the Association for Public Policy and Management, the National Science Foundation and the Joint Centers for Research on Poverty. Her research papers have been published in such academic journals as the Review of Economics of the Household, Review of Economics and Statistics, the Journal of Monetary Economics, Labour Economics, Southern Economic Journal, Industrial Relations, and Eastern Economic Journal. Kimmel and Connelly received the Georgescu-Roegen Prize in 2003 for the best paper published in the Southern Economic Journal Volume 69 (2002-2003). Professor Kimmel served previously as board member and Midwest representative to the Committee on the Status of Women in the Economics Profession (CSWEP), a subcommittee of the American Economics Association. She joined IZA as a Research Fellow in May 2005.