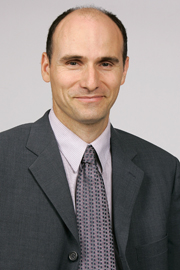 Jean-Yves Duclos obtained a B.A. at the University of Alberta in 1988 (First Class Honours, Economics) as well as an M. Sc. and a Ph.D. in Economics at the London School of Economics respectively in 1989 and in 1992. He is Professor of Economics at Université Laval since 1993 as well as former Director of CIRPÉE (Centre Interuniversitaire sur le Risque, les Politiques Économiques et l'Emploi). He has also been visiting professor at the University of New South Wales in Australia, at CERDI in Clermont-Ferrand in France, and at the Institut d'Anàlisi Econòmica at the Universitat Autonoma de Barcelona in Spain.

He was an IZA Research Fellow from February 2005 until December 2015.