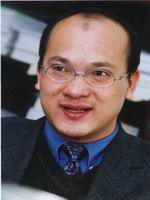 Zhong Zhao is an associate dean and a professor of economics at the School of Labor and Human Resources, Renmin University of China. He is an associate editor of the Journal of Population Economics. He holds a bachelor's degree in economics from the Renmin University of China and a doctorate degree in economics from the Johns Hopkins University. Before joined the Renmin University of China, he had worked for IZA as a Senior Research Associate. He also held faculty position at Peking University. His main areas of interest are labor economics, applied microeconometrics, social program evaluation and economy of China. His recent research topics on China include earnings instability and inequality, rural-urban disparity, rural-urban migration, labor relations, and health and health care reform in China. He has published in both international and Chinese economics journals such as Review of Economics and Statistics, Review of Income and Wealth, Journal of the Royal Statistical Society (Series A) , Journal of Economic Behavior & Organization, Economics Letters, Journal of Population Economics, and Journal of Comparative Economics. He is a recipient of the 2013 Kuznets Prize of the Journal of Population Economics.

He continues to maintain close ties to IZA as a Research Fellow after leaving the institute in December 2008.