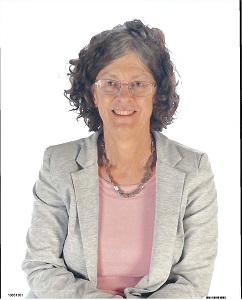 Central University of Finance and Economics

Barbara M. Fraumeni is Special-Term Professor of the Central University for Economics and Finance in Beijing, Research Associate of the National Bureau of Economic Research, Professor Emerita of the Muskie School of the University of Southern Maine, and Senior Fellow of Hunan University in Changsha, China.

At the University of Southern Maine before retiring from that university in 2015, as well as teaching, she held a variety of administrative posts. A past Chair of the Committee on the Status of Women in the Economics Profession (CSWEP) of the American Economic Association (AEA), in 2006 she won the AEA/CSWEP Carolyn Shaw Bell award given annually to an individual who has furthered the status of women in the economics profession. Before coming to the Muskie School in 2005, she served as Chief Economist of the Bureau of Economic Analysis of the U.S. Department of Commerce. Previously she was a professor of economics at Northeastern, taught part-time at Wellesley College and Tufts University, held a variety of research positions in the Boston area (Data Resources, Inc., Dale Jorgenson Associates, Research Fellow and Visiting Scholar at Harvard University) and was an Economics Program Director at the National Science Foundation.

She has a 1972 B.A. from Wellesley College and a 1980 Ph.D. from Boston College, both in economics. Her areas of expertise include measurement issues and national income accounting; her research interests include human and nonhuman capital, productivity, economic growth, market and nonmarket accounts, investment in education, R&D, and measurement of highway capital stock and the output of government.