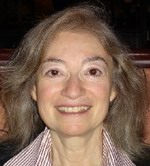 Jasso is an elected member/fellow of the Johns Hopkins Society of Scholars, the Sociological Research Association, the NYU Society of Fellows, and the American Association for the Advancement of Science. She was a Fellow at the Center for Advanced Study in the Behavioral Sciences (1999-2000) and is a Research Associate at the Hobby School of Public Affairs at the University of Houston, an External Research Fellow at CReAM at University College London, a Fellow at the Stanford Center on Poverty and Inequality, and a Fellow at DIW Berlin. She won the 2015 Paul F. Lazarsfeld Award, given by the American Sociological Association for a career of outstanding contributions to sociological methodology.

Jasso has served on many advisory boards, including panels advising the National Science Foundation, the National Institutes of Health, the International Institute for Applied Systems Analysis, the Scientific Advisory Board of DIW Berlin, and the U.S. Census Scientific Advisory Committee, of which she was Chair in 2011-2015. She was a member of the National Academy of Sciences' Panel on the Demographic and Economic Consequences of Immigration, the Core Research Group of the Binational Study of Migration Between Mexico and the United States, and the National Academy of Sciences' Committee on Redesign of the U.S. Naturalization Test, and is a member of the HCEO Network on Inequality Measurement, Interpretation, and Policy. She has served as Deputy Editor of American Sociological Review. She has also served as Chair/Chair-Elect of six Sections of the American Sociological Association -- the Theory Section, the Methodology Section, the International Migration Section, the Social Psychology Section, the Rationality and Society Section, and the Mathematical Sociology Section -- as President of the Research Committee 42 on Social Psychology of the International Sociological Association, and as Chair of the Social Statistics Section of the American Statistical Association. She also served on the Executive Committee of the International Sociological Association (2014-2018) and as Member-at-Large of the Section on Social, Economic, and Political Sciences (Section K) of the American Association for the Advancement of Science (2015-2019). She was elected to the Executive Council of the Sociological Research Association (2018-2021), serving in different capacities each year, culminating in President the final year.