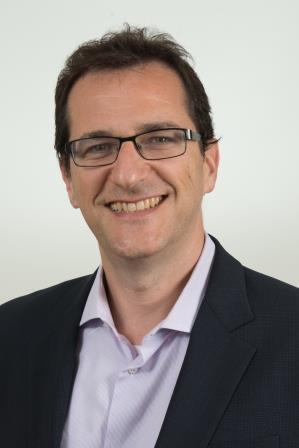 Daniele Paserman is a Professor of Economics at Boston University. He completed a PhD in economics at Harvard University, and, before joining BU, was a Senior Lecturer at Hebrew University. His fields of interest are labor economics and public economics. His current research spans topics in labor economics, economic history, and political economy. Recent projects include the study of intergenerational mobility and assortative mating in the United States in the late 19th and early 20th Centuries; analysis of gender differences in cooperative behavior and the determinants of environmental policy making in the United States Congress; the effect of female leadership on firm and employee outcomes in German firms; the marriage premium and within-household specialization in same-sex and opposite-sex couples; and the effect of economics education on gender attitudes.

Previously, he has worked on the effect of the childhood environment on long term socioeconomic outcomes; search in labor and marriage markets, and the cycle of violence in the Palestinian-Israeli conflict. He has also conducted extensive research on the unique episode of mass high-skilled migration from the former Soviet Union to Israel in the 1990s and beyond, focusing in particular on the dynamic impact migration on native Israelis’ wage and employment outcomes; on the productivity of Israeli firms in response to the migration shock; and on the impact of migration on the Israeli school system. His research has been published in many top outlets in economics and political science, and has been featured in the Financial Times, Foreign Policy and the Freakonomics blog. Between 2014 and 2018, he served as the Co-Editor of the Journal of the European Economic Association.