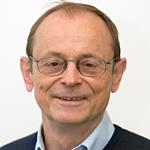 From 1979 to 1980 he was Senior Research Fellow at the International Institute of Management in Berlin.

Among others Olaf Hübler has published papers in numerous national and international refereed journals and is author of the textbooks "Ökonometrie" and "Einführung in die empirische Wirtschaftsforschung".

He is member of the Econometric Society, the American and European Economic Association, the Verein für Socialpolitik, Ausschuss für Ökonometrie, the Deutsche Statistische Gesellschaft and he was Associate Editor of the Journal of the German Statistical Society until 2015.

Olaf Hübler joined IZA as a Research Fellow in October 1999.