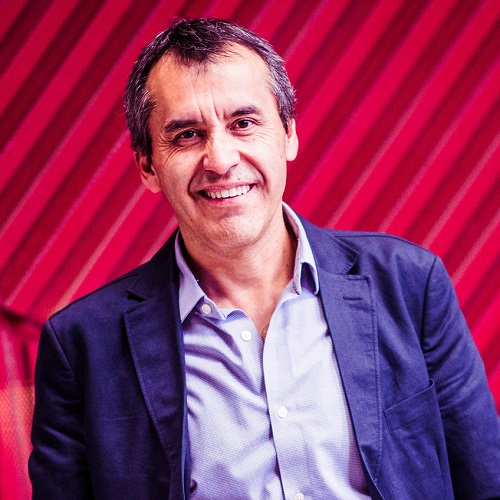 Dante Contreras is a Chilean economist with twenty years of experience. He hold a PhD degree from University of California, Los Angeles (1996). His research and advisory activities have centered mainly on Economics of Education, Labor Economics, Poverty, Inequality and Program Evaluation. The focus of most of this work has been Chile and other Latin American countries. He has also worked as consultant in several projects for the IDB (red de centros), World Bank, OECD and UNDP. He is am author of about eighty articles, monographs and book chapters on such diverse subjects as the ones mentioned above.

He was Chairman of the Department of Economics (Universidad de Chile) during two periods (2001-2003 and 2012-2013). In 2013 he was appointed Director of the Centre for Social Conflict and Cohesion Studies (www.coes.cl). The center is sponsored by the Chilean Research Council. COES is a multidisciplinary and multi-institutional, which main mandate is to provide novel research (from multiple disciplines) and policy recommendations in topics related to social cohesion and conflict. The center congregates social science researchers from diverse fields such as Sociology, Political Science, Education, Economy, Psychology and Urbanism.

He also has experience in international organizations. He was Lead Economist for Social Protection and Knowledge at the UNDP (Chile). At that time, he was responsible for advising the Chilean government in different policy areas including gender, education and social protection. Finally, he served as Executive Director of the World Bank (2008-2010) as a representative of the southern cone countries in Latin America (Argentina, Bolivia, Chile, Paraguay, Perú and Uruguay).

Dante Contreras joined IZA as a Research Fellow in May 2020.

IZA Discussion Paper No. 11984
Violence during Early Childhood and Child Development
Matias Berthelon, Dante Contreras, Diana Kruger, María Isidora Palma
Type
We use Google Analytics in compliance with German Data Protection Law. The site gathers data for the sole purpose of improving its services. You're able to decline now or later. By using our services, you agree to our use of cookies. You'll find more information here.
Details
Accept
DE