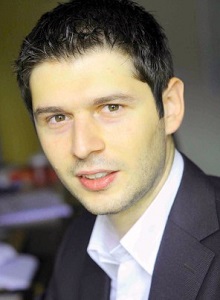 Dr Theodore Koutmeridis is a Senior Lecturer in Economics at the Adam Smith Business School at the University of Glasgow, where he co-ordinates the Behaviour, Structure and Interventions interdisciplinary research network. He holds a PhD in Economics from Warwick University where he was a Royal Economic Society Junior Fellow and an Onassis Scholar.

His work on inequality and crime has been recognised with various awards, such as the Sir Alec Cairncross Prize in Economics, the 1st Prize of the European Science Days Interdisciplinary Award and has been featured in the media and various symposia, such as his TEDx talk on The Underground Economy. His work has been awarded grants for research, teaching, impact and engagement, and is currently funded via an ESRC-DFID grant for fieldwork related to education accountability in underdeveloped Indian schools (£700,000, 2018-22). He is committed to outreach, policy and impact, and he has contributed to the “RSE/YAS Brexit Report”. He is also affiliated with the Institute of Labor Economics IZA and he has recently been a Visiting Scholar at Columbia University.

More recently he received the British Academy Rising Star Award and the RSE Henry Duncan Medal, which according to the Royal Society of Edinburgh, he has been awarded “for his outstanding work in the field of economics where he combines a clear mastery of the microeconomic methodology, a keen instinct for its empirical applications and a deep commitment to engagement activities.”

Theo Koutmeridis joined IZA as an Research Affiliate in May 2018 and became a Research Fellow in November 2019.

IZA Discussion Paper No. 12781
Shaking Criminal Incentives
Yu Aoki, Theodore Koutmeridis
IZA Discussion Paper No. 9109
The Changing Returns to Crime: Do Criminals Respond to Prices?
Mirko Draca, Theodore Koutmeridis, Stephen Machin
published in: Review of Economic Studies, 2019, 86, 1228–57
Type
We use Google Analytics in compliance with German Data Protection Law. The site gathers data for the sole purpose of improving its services. You're able to decline now or later. By using our services, you agree to our use of cookies. You'll find more information here.
Details
Accept
DE