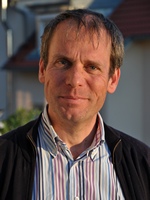 Bernd Fitzenberger has been the director of the IAB since September 2019, and Professor of Quantitative Labor Economics at Friedrich-Alexander-Universität Erlangen-Nürnberg since October 2020.

Before from April 2015 - August 2019 he has been Full Professor of econometrics at Humboldt-Universität zu Berlin. Previously he held positions at the Universities of Dresden, Mannheim, Frankfurt, and Freiburg. He obtained his PhD in Economics and a Master of Science in Statistics from Stanford University and his diploma in Economics from the University of Konstanz. His research focuses on labor economics and microeconometric methods. Currently, he works on the following topics: wage structure, unions/wage bargaining, evaluation of active labor market policies, vocational training, school-to-work transitions, employment of mothers after first birth, and quantile regression. He is research associate of the ZEW (Mannheim), research fellow at CESifo (Munich) and at ROA (Maastricht), and research affiliate at the Institute for Fiscal Studies (London). Since 2014 he has been coordinator of the DFG Priority Programme ”The German Labor Market in a Globalized World: Challenges through Trade, Technology and Demographics”(SPP 1764). He is associate editor of “Empirical Economics” and a member of the editorial board of the “Journal for Labor Market Research”. Between 2002 and 2013 he was editor of “Empirical Economics”, and between 2009 and 2014 he was member of the editorial board of the “Journal of the European Economic Association”.