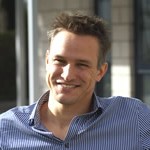 Andrea Salvatori is currently a Labour Economist at the OECD. Andrea completed his PhD studies in Economics at the University of Warwick in 2009, where he was an EST Marie Curie Fellow and a Teaching Fellow. He was then a Research Fellow at the Institute for Social and Economics Research (ISER) of the University of Essex untill 2017. His research is in Applied Microeconometrics and Labour Economics. He has conducted research on job quality, the effect of technology on the labour market, unions, temporary employment, the wellbeing effects of employment protection legislation, the effects of the minimum wage on the job entry probability of the unemployed, the effect of welfare reforms on labour market participation in the UK.

He joined IZA as a Research Affiliate in November 2009 and became an IZA Research Fellow in January 2013.