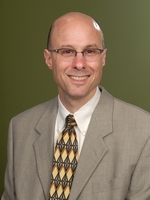 Rob Valletta is a Research Advisor at the Federal Reserve Bank of San Francisco, where he began working in 1995. Prior to that, he was an Assistant Professor of Economics at the University of California, Irvine. In addition, he spent a year (2000-2001) as a consultant at the Organisation for Economic Co-operation and Development (OECD) in Paris, France. He holds an A.B. degree (1982) from the University of California, Berkeley, and a Ph.D (1987) from Harvard University, both in economics.

Dr. Valletta’s research is in the areas of labor economics and applied econometrics. His core research agenda has focused on topics such as job mobility and job security, unemployment, income inequality and poverty (including cross-national comparisons), and the effects of employer-provided health insurance on labor market outcomes. His published work has appeared in general interest journals such as The Review of Economics and Statistics, leading U.S. journals in labor economics (e.g., Journal of Labor Economics, Industrial and Labor Relations Review), and in European journals including Economica and the Review of Income and Wealth.

He joined IZA as a Research Fellow in February 2007.