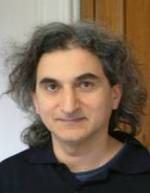 He is the founder of Unified Growth Theory. He has contributed to the understanding of process of development over the entire course of human history and the role of deep-rooted factors in the transition from stagnation to growth and in the emergence of the vast inequality across the globe. Moreover, he has pioneered the exploration of the impact of evolutionary processes, population diversity, and inequality on the process of development over most of human existence. His research has redirected research in the field of economic growth to the exploration of the long shadow of history and to the role of biogeographical forces in comparative economic development. It has spawned the influential literatures studying the impact of inequality on the process of development, the interaction between human adaptation and economic development, the transition from stagnation to growth, and the impact of human diversity on comparative economic development.

He has co-directed the NBER research group on Income Distribution and Macroeconomics and he is a Research Fellow of the CEPR, GLO, and IZA, a Research Associate of the NBER and CESifo, a Sackler Fellow at Tel-Aviv University, a Fellow of the Economics Department at the Hebrew University, Doctor Honoris Causa, Poznań University of Economics & Business, and a Foreign Member of Academia Europaea (honoris causa). Furthermore, he is the Editor in Chief of the Journal of Economic Growth, Editor of the Journal of Population Economics, and Co-Editor of Macroeconomic Dynamics.

He joined IZA as a Research Fellow in January 2012.