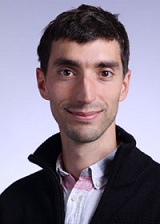 Cédric Gorinas has worked as a Researcher at the Danish Centre for Applied Social Research (VIVE) in Copenhagen, Department of Employment and Integration, since 2013. He stayed at UC Berkeley, Centre for Labor Economics, as a Visiting Postdoctoral researcher (2014-2016) and a Visiting Student Researcher (2012). In 2013, he received a postdoctoral scholarship from the Danish Council for Independent Research, Social Sciences. He received his PhD degree from the Department of Economics and Business at Aarhus University in 2013, after obtaining a Master degree in International Economic Consulting from Aarhus University and earlier business and economics studies at ISC Paris Business School and The European Business School of London.

His research interests gather around the integration and marginalization processes of socially weak groups. More specifically, he applies microeconomics to the study of immigrants and their descendants’ labor market outcomes, the role of ethnic identity in employment, the influence of anti-immigrant attitudes on international migration, and prison-peer effects on criminal behavior. Ongoing work includes the investigation of the relationship between crime victims and their perpetrators, the extent and consequences of domestic violence, the offending-victimization overlap and the role of voting rights on immigrants’ integration. He has experience working with large administrative registers and survey databases. He has published his work in Journal of Population Economics and International Migration Review (forthcoming).

Cedric joined IZA as a Research Fellow in October 2015.

IZA Discussion Paper No. 11398
A Detailed Analysis of Childhood Victimization Using National Registers: Forms and Sequencing of Violence and Domestic Abuse
Cédric Gorinas
IZA Discussion Paper No. 10550
Democratic Involvement and Immigrants' Compliance with the Law
Michaela Slotwinski, Alois Stutzer, Cédric Gorinas
Type
We use Google Analytics in compliance with German Data Protection Law. The site gathers data for the sole purpose of improving its services. You're able to decline now or later. By using our services, you agree to our use of cookies. You'll find more information here.
Details
Accept
DE