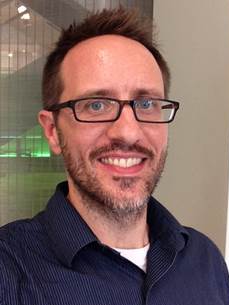 Erik R. Vickstrom received a Bachelor’s degree in Sociology from Wesleyan University in 1998 and a Ph.D. in Sociology and Social Policy from Princeton University in 2013. Before graduate school, Vickstrom worked for the Radcliffe Institute for Advanced Study at Harvard, served as a Peace Corps volunteer in Guinea, ran educational programs in Senegal, and worked on USAID projects in Washington, DC. His academic interests include international migration, development, inequality, and language use.

During his graduate studies, Vickstrom conducted research on migration to Europe. With Alejandro Portes, he conducted studies of academic and professional aspirations and expectations, self-identities, and parental influences and much of this work has been published in International Migration Review, The British Journal of Sociology, and Revista Internacional de Sociología. Vickstrom also collaborated with Portes on a study of diversity, social capital, and cohesion that was published in the Annual Review of Sociology. Vickstrom's dissertation, which he completed while a Graduate Fellow at the Institut National d’Études Démographiques (INED) in Paris, used data from the Migrations between Africa and Europe (MAFE) project to study the correlates and labor-market and development consequences of irregular legal status among Senegalese migrants in Europe. Results from this work are forthcoming in International Migration Review.

Vickstrom joined the U.S. Census Bureau in October 2013 as a Demographic Analyst/Survey Statistician in the Education and Social Stratification Branch. He served as the subject-matter expert for the American Community Survey's language-use and English ability data. In addition to reviewing the language data throughout the survey life cycle, he conducted research on language-related topics, including a study of the validity of the ACS's English-ability question. In 2015 he moved to the Census Bureau's International Programs area, where he designed and led capacity-building workshops and technical assistance activities in developing countries on topics such as data collection and demographic analysis and population projections.

In 2017, Vickstrom joined the Organisation for Economic Co-operation and Development (OECD) in Paris, where he works in the International Migration Division. He was one of the principal organizers of the first International Forum on Migration Statistics (IFMS), held in January 2018 at OECD headquarters. He has worked on reviews of the emigrant populations of Tunisia and Romania and has participated in the update of the OECD's Database on Immigrants in OECD Countries (DIOC).

He joined IZA as a research fellow in August 2014 and serves in his personal capacity.