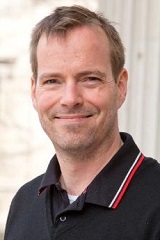 His research interests are in empirical labour economics and applied microeconometrics, in particular in the economics of education and personnel economics.

Thomas joined IZA as a Research Fellow in November 2016.