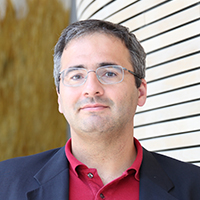 Pedro Silva Martins is Professor of Applied Economics at Queen Mary University of London and Research Fellow at NovaSBE (Lisbon).

He was Secretary of State for Employment in the Government of Portugal from 2011 until 2013. During this period, he was responsible for reforms in areas such as employment protection legislation, active labour market policies, the public employment service, and tripartite dialogue. In 2016, he was a member of the group of experts advising the Government of Greece and the European Commission on labour market reforms.

He holds a PhD in economics from the University of Warwick (2005).

Pedro's current research is focused on collective bargaining, training and employment services. Earlier research included the roles of schooling, business cycles and globalisation on the wage distribution; and the effects of institutions, in particular employment protection, upon different worker and firm outcomes.

He joined IZA as a Research Fellow in October 2004.