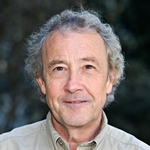 W. Craig Riddell is Emeritus Professor of Economics in the Vancouver School of Economics at the University of British Columbia. His interests are in labour economics, labour relations, applied econometrics and public policy. Current research is focused on income inequality, skill formation, education and training, unemployment and labour market dynamics, evaluation of social programs, unionization and collective bargaining, and unemployment insurance and social assistance (welfare).

He is co-author of Labour Market Economics: Theory, Evidence and Policy in Canada, Canada's leading labour economics textbook. Professor Riddell is A Canadian Economics Association Fellow, former Head of the Department of Economics at UBC, Past-President of the Canadian Economics Association and former Director of the Canadian Labour Market and Skills Research Network. He serves on Statistics Canada’s Advisory Committee on Labour and Income Statistics, and on the Board of Directors of the Centre for the Study of Living Standards. In 2007-8 he was a member of the Expert Panel on Older Workers and in 2019 on the Expert Panel on Modernizing Canada's Labour Code, both established by the Government of Canada.

He joined IZA as a Research Fellow in October 2009.