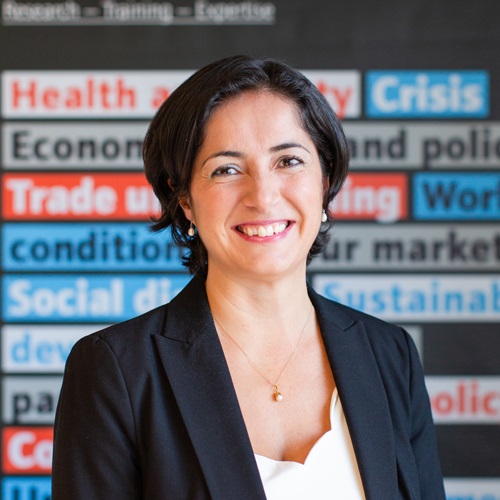 After studying economics in undergraduate at Koç University (Turkey) and obtaining her Master degree in mathematical economics at Toulouse School of Economics (France), Mehtap Akguc obtained her Doctoral degree in economics in 2013 from Toulouse School of Economics, France. During her Doctoral studies, Mehtap also obtained the European Diploma in Advanced Quantitative Economics (equivalent to an MPhil). Her main research interests lie in the field of empirical labour and development economics using both macro and micro level data from various countries and regions (e.g. France, China, Europe, cross-country etc.). In particular, she is interested in studying issues related to migration, economic development, growth, labour market institutions and inequality with an emphasis on educational attainment and human capital.

Mehtap worked at the Institute for Study of Labor (IZA) in Germany as a Resident Research Affiliate from 2012 to 2014. Previously, she also worked as a consultant for the World Bank (Washington, D.C.), where she collaborated with the economist team from the Sustainable Development Network as well as the Development Research Group. Later, she worked as a Research Fellow at the Jobs & Skills Unit at the Centre for European Policy Studies (CEPS) between 2014 and 2020, contributing to a number of European funded research projects related to labor market issues.

In September 2020, she joined the Research Department (Unit 2 on Economic, Employment and Social Policies) of the European Trade Union Institute (ETUI) as a Senior Researcher.