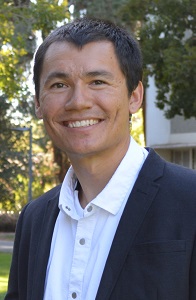 University of Hawaii at Manoa

Lester Lusher joined the Department of Economics and Public Policy Center at the University of Hawaii at Manoa in 2017. Lester’s research centers around a broad array of topics in education and public policy, including monetary incentives, commitment devices, teaching assistants, sleep cycles, and unemployment insurance. Lester’s studies leverage both natural and experimental variation. His work has received support from several notable foundations, including the Russell Sage Foundation, the National Science Foundation, and the Abdul Latif Jameel Poverty Action Lab (J-PAL) North America. He earned his Ph.D. in Economics in June 2017 from the University of California, Davis. He also holds a master’s degree and a bachelor’s degree in Economics, and a bachelor’s degree in Statistics, from the University of California, Davis.

Lester Lusher joined IZA as a Research Affiliate in June 2019.