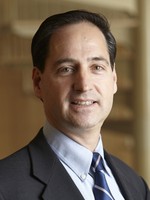 David E. Bloom is Clarence James Gamble Professor of Economics and Demography at the Harvard School of Public Health. During 2011-2, Bloom is Visiting Professor at the Harvard Business School. From September 2001 through August 2011, Bloom served as Chairman of the School's Department of Global Health and Population. He also serves as Director of Harvard University’s Program on the Global Demography of Aging (funded by the National Institute of Aging).

Professor Bloom received a B.S. in Industrial and Labor Relations from Cornell University in 1976, an M.A. in Economics from Princeton University in 1978, and a Ph.D. in Economics and Demography from Princeton in 1981. Prior to joining the public health school faculty in 1996, Bloom served on the public policy faculty at Carnegie-Mellon University, and on the economics faculties at Harvard University and Columbia University. At Columbia, he was a Professor of Economics and the Department Chairman from 1990 to 1993. From 1996 to 1999 he served as Deputy Director of the Harvard Institute for International Development.

Bloom is an elected Fellow of the American Academy of Arts and Sciences, a Faculty Research Associate of the National Bureau of Economic Research (Programs in Labor Economics, Health Care, and Ageing), and a member of the Book Review Board of Science magazine. Bloom also serves as an Adjunct Trustee at amfAR, a member of the Board of Directors of PSI, and a member of the Steering Committee of the World Demographic Association. Bloom chairs the World Economic Forum’s Global Agenda Council on Ageing and Society and is former chair of the Forum’s Global Agenda Council on Population Growth. Bloom has published over 350 articles and books. He has written extensively on primary, secondary, and tertiary education in developing countries, labor and employment issues in the US and beyond, environmental quality, and marriage and fertility patterns. His current interests focus mainly on the effects of population health and population dynamics on economic growth and development, the value of vaccination, and on population aging in India.